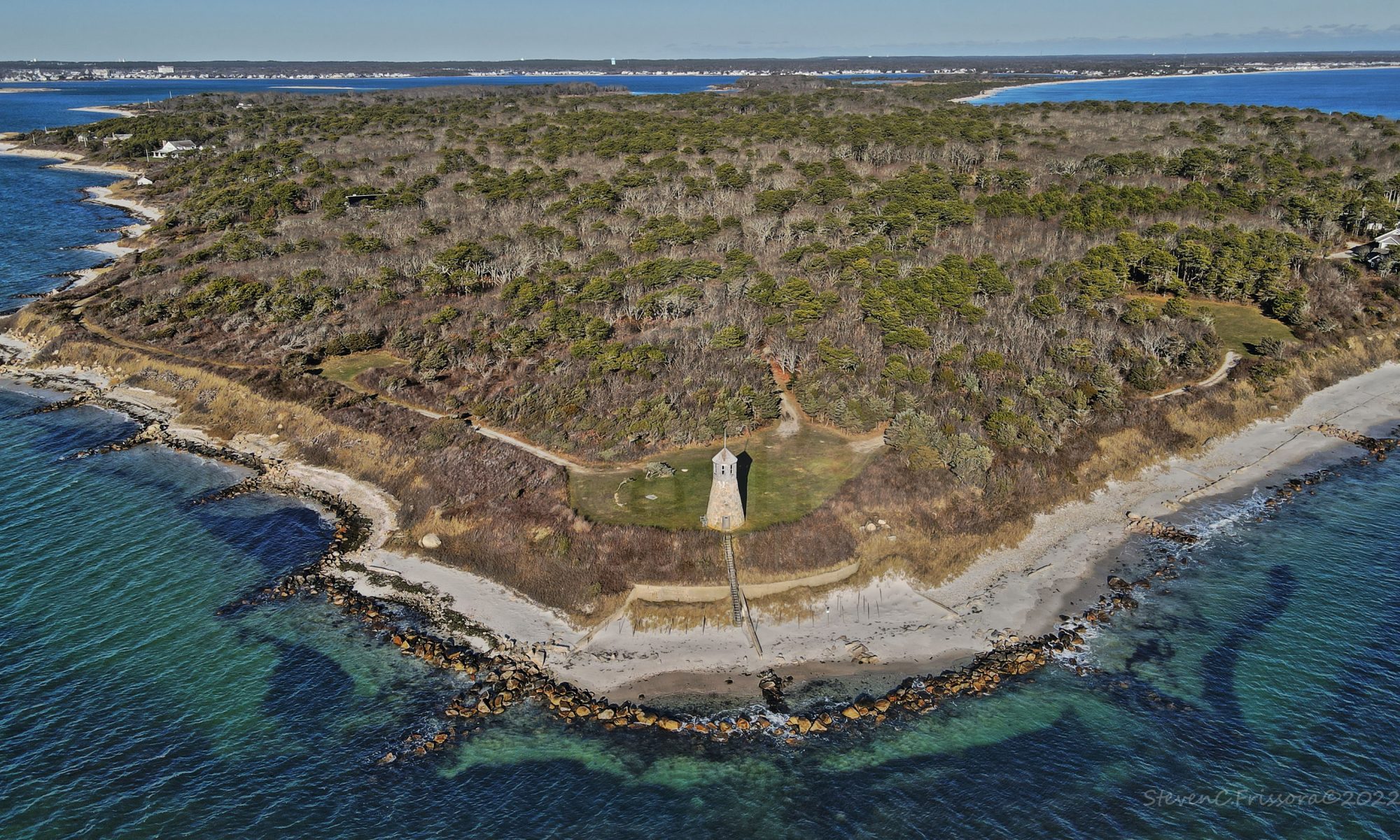 Here’s a montage of the Gammon Point Lighthouse on the isolated tip of Great Island in West Yarmouth. Originally constructed in 1816 but deactivated in 1858, it was converted into a bird-watching observation tower by Charles B. Cory in the late 19th century. The private property it sits on is owned by descendants of Malcolm Chace and has not been lit as an aid to navigation for over 150 years.